AWARDS OF THE ANDALUSIAN ACADEMY OF GASTRONOMY AND TOURISM 2015

THE PROVINCE OF JAEN, OUR OIL & HAUTE CUISINE 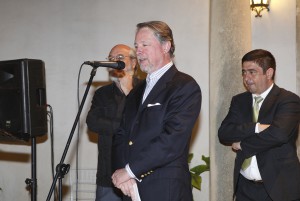 The awards granted by the Andalusian Academy of Gastronomy and Tourism was held on Monday April 20th during a dinner by eight hands, prepared by the best of the restoration of this region. The venue was the splendid Renaissance courtyard of Canena Castle, owned by the renowned firm of the same name (Castillo de Canena, in Spanish), which manufacture extra virgin olive oils of the highest quality, certainly, the most international EVOO producer firm of the country.

The Andalusian Academy of Gastronomy and Tourism (AAGyT), the Council of Jaén & Castillo de Canena, were the organizers of this event which highlighted the gastronomic & tourist importance of this Andalusian province. A great culinary tribute to honor the chefs awarded by AAGyT, during its annual meeting. 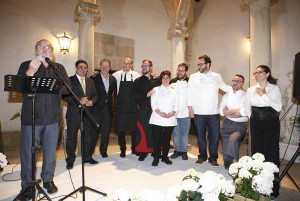 The different chefs from Jaen who participated

The Andalusian chefs awarded with two Michelin stars, Angel León (Aponiente. El Puerto de Santa María. Cádiz) & Dani García (Dani García & Bibo. Marbella. Málaga), and the different Culinary Schools where they studied (E.H. Superior de Sevilla & E.H. La Cónsula, Málaga; respectively) were the awarded by the AAGyT. At the same time, there was a deserved Special Prize for the disappeared Juan Salcedo, by Juanito de Baeza, which was collected by his widow and children. The great work done over many years by this restaurant towards the most emblematic product of the province of Jaén, the extra virgin olive oil, could not be missing at this important event. 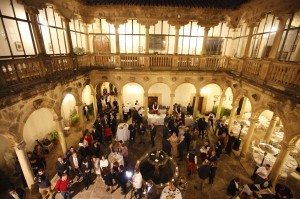 Dinner in the castle

Dinner was officiated by the chefs of Canela en Rama restaurant, from Linares (Juan Carlos Trujillo), Casa Antonio, from Jaen (Pedro Sanchez), Cantina La Estación, from Ubeda (Montserrat de la Torre & Antonio Cristofani) & Los Sentidos, also in Linares (Juan Pablo Gámez). All of them surprised because of their mastery and originality. Angel León & Dani García, as well as all the attendance of this great event at the castle of Castillo de Canena, congratulated the coordination, quality, succulence and modernity of the working of these young chefs from Jaen.

Oil tastings, visits to the Museum of Olive Oil, to the Heritage Site of the city of Baeza, to the Cultural Centre of the Arab Baths of the Villardompardo Palace of Jaen, and a tasting of different products framed under the “Taste of Jaen” label, completed the agenda of these two unforgettable culinary and tourism conferences that have marked a before and after in the consideration of this Andalusian province.

Now Jaen shines under the stars and with the stars!! 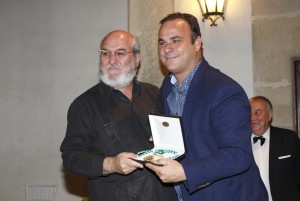 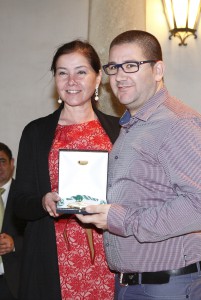