We are one of the 5 companies awarded! 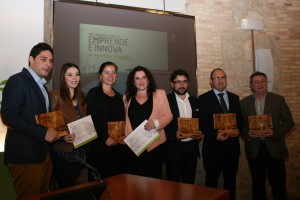 Council of Jaén delivers the XV Awards to Innovation & Enterprising of Sustainable Development, in recognition of business projects that promote sustainability.

They have underlined that these awards pretend to recognize “the project, the path and experience of these initiatives.”

Meanwhile, Angels Férriz, highlighted the work of Rosa Vañó, Commercial Manager of Castillo de Canena, because since its founding, “she has opened roads and has banished the myth that women can’t occupy positions of responsibility, even in a sector as complex as the oil is“.

Thank you very much!