Fried vegetables with EVOO are healthier than cooked!

A study by the University of Granada (Spain) has shown that frying vegetables in Extra Virgin Olive Oil is the technique that produces greater increases on associated phenols. The consumption of these antioxidants prevents chronic diseases like cancer or diabetes. That is because a transfer of phenols from the EVOO to the vegetables. In this way, vegetables are enriched with exclusive... Read more

That’s how we get our Oak Cold Smoked Arbequino EVOO… a process based on ecological woods and free of chemical residues!

Many people have asked us how we achieve such a characteristical aroma and flavor in our Oak Cold Smoked Arbequino extra virgin olive oil. Today we wish to share with you how we get it! The secret to get this high quality smoked oil is a careful process, starting from oak sawdust from sustainable forests. It is therefore a process 100% natural and handmade. Our Oak Smoked Arbequino. How is it... Read more

Since today is the World Health Day and extra virgin olive oil is a great ally for a healthy diet, we want to share with you this revitalizing juice, a simple and healthy recipe to start every morning with all the energy! As stated by UC Davis in this article in Olive Oil Times, the daily intake of two tablespoons of EVOO improves blood lipid levels, which reduces the risk of heart disease. So... Read more

Our EVOOs do not have allergens, enjoy them! ;)

All products of Castillo de Canena are free of allergens, so you can use them without problem! ;) With the entry into force of the "European Regulation on food information to consumers" food establishments and restaurants must indicate the allergen of all the dishes, but we can tell you that with Castle of Canena you don't have to worry about that ! February... Read more

Why does olive oil solidify? 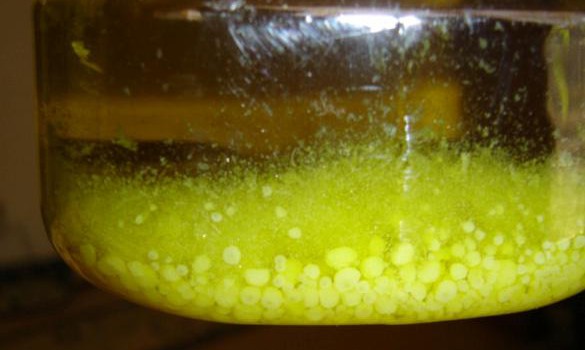 Among its other components, olive oil also contains a high proportion of triglycerides and monounsaturated fatty acids, among which oleic acid is abundant. In its natural state, these components present a liquid state which remains stable until its temperature drops to 6-4 ºC approximately. Having reached this point, they tend to solidify endowing the oil with a murky and whitish appearance,... Read more

Warning: Illegal offset type in isset or empty in /furanet/sites/castillodecanena.com/web/htdocs/wp-includes/pomo/translations.php on line 91

We use cookies to ensure that we give you the best experience on our website. If you continue to use this site we will assume that you are happy with it.OkPrivacy policy