A study centered on a fungus that offers a sustainable, organic and effective way to combat the olive fruit fly wins the 3rd International Castillo de Canena “Luis Vañó” Prize for Research Related to the Olive Oil Industry 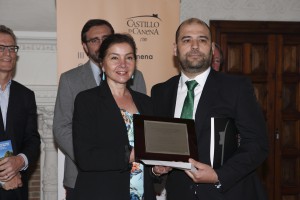 The olive fruit fly is one of the most damaging pests to affect olive groves, destroying up to 40% of the harvest. This study, which has just been awarded the Castillo de Canena “Luis Vañó” Prize for Research Related to the Olive Oil Industry, demonstrates that a fungus called Metarhizium brunneum (a natural enemy of the olive fruit fly) can be used as an effective, affordable and organic method to destroy the larva of this harmful insect (Bactrocera oleae).  According to the conclusions of this study, the researchers achieved a 50% reduction in the population density of the flies by applying this environmentally innocuous fungus to the trees’ trunks twice a year.

The International Castillo de Canena “Luis Vañó” Prize for Research Related to the Olive Oil Industry is awarded every two years, in collaboration with the University of Jaén. In this session the competition has become much more international thanks to the participation of distinguished researchers from the American university UC Davis, one of the greatest universities in the world in the field of olive cultivation, and the indisputable intellectual force driving the burgeoning California olive oil industry. 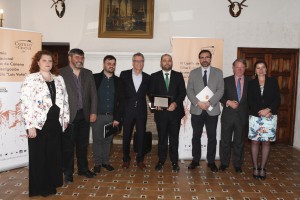 “Among the corporate social objectives we defined in 2011 when we established this award competition are, on the one hand, to stimulate and to acknowledge quality research in the field, and on the other, to make this knowledge available to the whole sector and to anyone interested in a deeper understanding of olive groves”, explained Luis Vañó, director and founder of this family business. 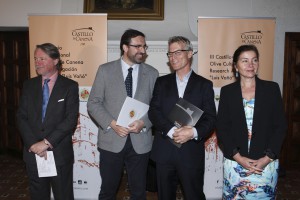 Castillo de Canena is a leader in the olive oil sector; just in the first trimester of this year it has already received an avalanche of awards. It was named the Best Olive Oil Company of the Year by the Italian guide Flos Olei 2016, which also gave the highest score possible (98 out of 98 points) to Castillo de Canena’s Family Reserve Picual in its ranking of the best olive oils in the world.

The Family Reserve Picual was also awarded second place in the Mario Solinas Quality Award and is one of eight oils selected to form part of the special Aceites de Jaén list.  It was also awarded a First Prize by Evooleum-Mercacei .

Castillo de Canena’s Biodynamic Picual received a Gold Medal this year at Ecotrama, an Extra Gold award at BioInovello, and a first place in the BIOL Competition.  It was given 9.7 points in the Monocultivar Olive Oil competition (in which Castillo de Canena’s Royal also received 9.7 points), and a second position in the Iberoleum guide. Also it won a Gold Medal in the Sol d’Oro International Competition, in which the company’s Royal Oil also took a Bronze.