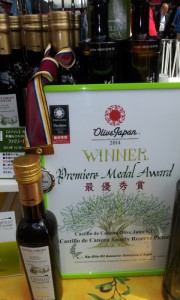 We want to celebrate with you that all our extra virgin olive oil that have been presented at “Olive Japan 2014“, all of them have been awarded!

These are great news because this competition is one of the most important over the world. Lots of EVOO worldwide participate. These are the awards we have achieved:

OLIVE JAPAN Extra Virgin Olive Oil Competition is one of the most important worldwide competition. They have high standards of integrity and professionalism and the tasting panel is composed by tasters from different key olive oil production countries.

The 2014 edition is the third since it started in 2012. Japan is one of the most important markets for the world of olive oil and has the “Olive Oil Sommelier Association of Japan”, under which the competition was held . 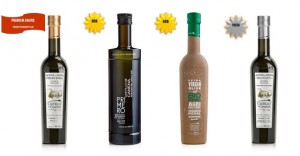