The role of the vegetal cover in reducing CO2 in the atmosphere, University of Granada & Castillo de Canena 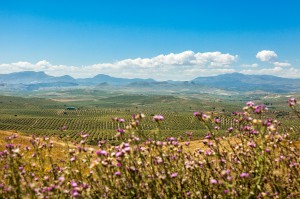 The project will last four years and two different plots will be analyzed : one where herbicides will be applied and another in which native plants will grow freely.

Castillo de Canena and the University of Granada  through its Department of Physics, in collaboration with the University of Jaén, are developing the project  CARBOLIVAR. This project aims to analyze scientifically  the ability of the vegetal cover, indigenously born in the olive groves, to act as a natural sink , fixing CO2 and other gases in the atmosphere which cause greenhouse & the global warming.

Measurements will be performed by two towers installed in the field, in two different places: one where herbicides will be applied and another in the soil where native plants will be growing freely. The towers are equipped with sophisticated precision equipment capable of measuring continuously the presence of these gases and the positive impact of a vegetal cover which can fix them.

The project, which was signed on May 14th , will last 4 years as minimum. But probably, new experiences and lines of research will be added along the project . 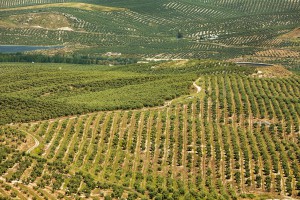 Castillo de Canena is specially committed to sustainability policies. We were one of the first EVOO producer companies that certify its carbon footprint (August 2011, audited by DNV).

“Collaboration with the University of Granada is a step in the attempt to analyze scientifically the cycle of life complete of the olive grove, highlighting that the environmental respect is important for its conservation”, explains Francisco Vañó , CEO of Castillo de Canena.

Reaffirming their commitment to the development of extra virgin olive oils of the highest quality and the protection of the environment, Castillo de Canena has just launched its first “Biodynamic EVOO“, certified by the International Association of Biodynamic Agriculture with the Demeter certification.

Castillo de Canena has reduced in the last year its emissions of greenhouse gases by almost 30 %. This was due to the use of compost as a natural fertilizer , the use of prunings as clean biomass in order to generate electricity, optimizing the use of water resources with the consequent energy savings, a reduction in hours/tractor due to cessation of the use of herbicides to protect vegetation cover & the reforestation with native species that started last November 2012.