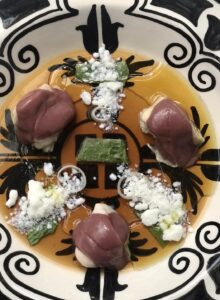 After the institutional event, the attendees enjoyed a carefully prepared menu by Paco Morales,, chef and owner of the restaurant Noor, whose dishes include natural oysters with a gelée of suckling lamb with Kefir seasoned with the EVOO  limited edition that Castillo de Canena creates each year for the chef from Cordoba with a blend of different varieties from Syria, Tunisia and Palestine. 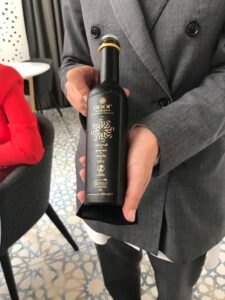 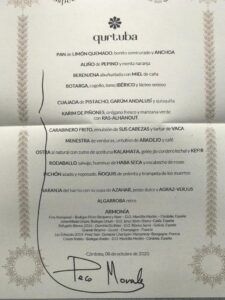