Arbequina&World is an historic homage to the intimate relationship between Spain and the new Spice Route that united Asia, America and Europe by way of Manila Galleons that made the round-trip voyage between Manila and Acapulco every year for 250 years. From the American ports the Spanish ships bore precious spices from Asia and the New World to the Iberian Peninsula, whence they were distributed throughout the countries of Europe. Spices helped enrich traditional culinary rituals by mixing with local tastes. They served as seasonings and condiments, and over time they adapted to the gastronomy of each country. At Castillo de Canena we hope to commemorate this history and reinterpret it for the present day, collecting the finest spices from the four continents with the help of the renowned Dutch company Verstegen and a master picolier. The four seasoned oils obtained in this process offer us a voyage through the sensory memory of Europe, Africa, Asia and the Americas in a fascinating exercise of gastronomic geography. The hand-selected spices are ground directly in the oil-press, immediately infusing our Arbequinas for several days. The terpenes and phenolic acids present in the spices heighten the natural fragrances of our oils, resulting in a series of oils that proffer extraordinary flavors and exotic aromas.

Box that includes the four continents of Arbequina&World (in dispensing bottles) and a recipe booklet. 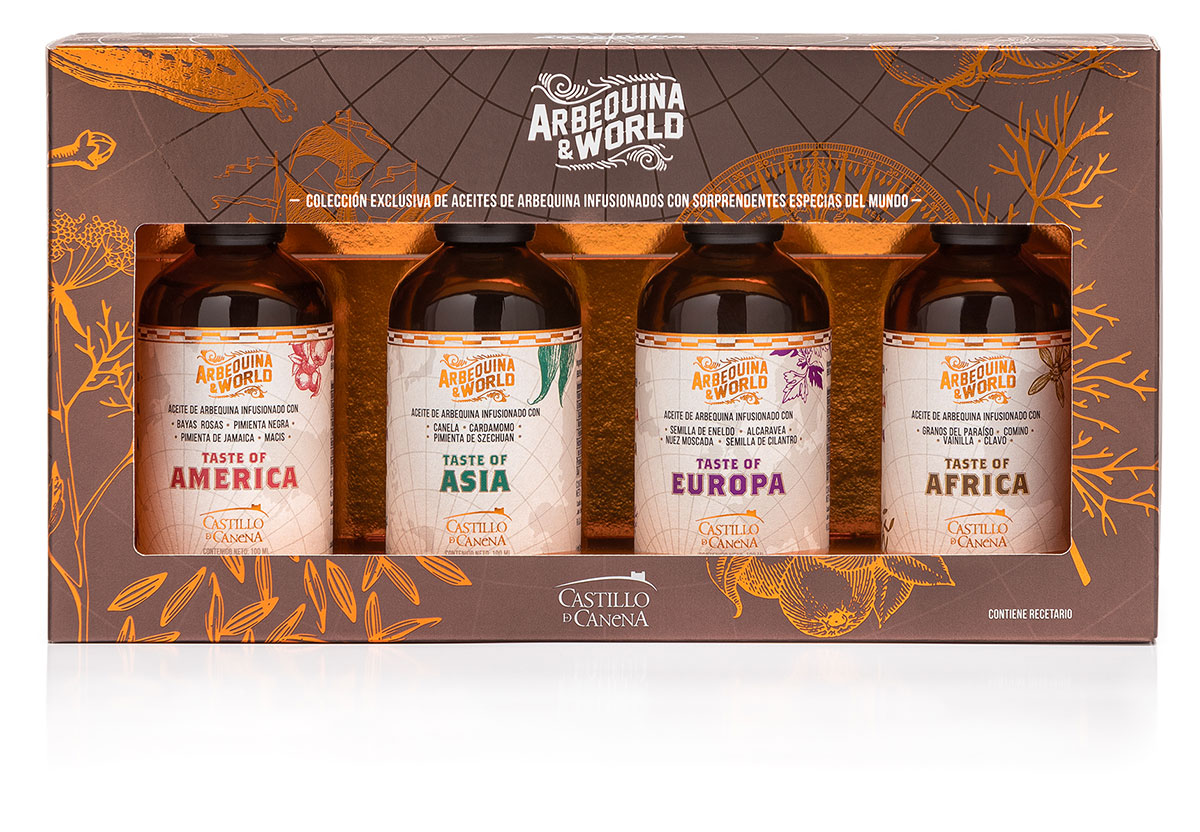