As you know, we have a collaboration agreement with the winery Abadía Retuerta where weare developing a socially responsible project, based on measures of respect for the environment. 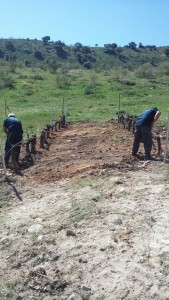 As a first step, a few days ago we planted on the Abadía Retuerta vineyard, some of our century-old olive trees of the picual variety, dating from the mid-s. XIX of our well known “Pago La Condesa”. 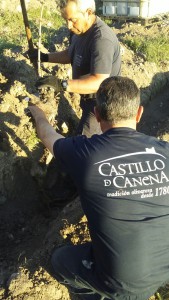 In the same way, we have planted in our farm a series of vines that the winery has donated us from its most emblematic payments, as well as plants of the pre-phylloxeric vineyard of the nineteenth century.

With this we complete the circle of our union for biodiversity!
*Here you can see some photos of the plantation of our centenary olive trees in the winery Abadía Retuerta.